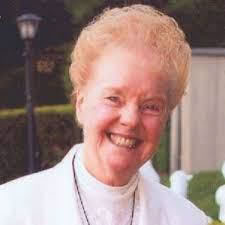 The Liturgical Language is not Made Only of Words

Up to Vatican Council II, the Latin-German missal of the Benedictine Anselm Schott ran to a good 67 (!) editions. Through that book, generations of Catholics have learned to know, live, and love the liturgy of the Church. Nonetheless, those who today oppose Latin as the language of the liturgy continue tirelessly to object that, apart from the few who know Latin, no one understands it.

Tradition with a capital “T” is aptly defined by St. Paul in his first Letter to the Corinthians 11:23: For I received from the Lord what I also passed on to you. Tradition is the handing over from generation to generation what was received from Jesus through His Apostles later called the deposit of Faith. Everyone in the Church is bound by this Tradition which is both written and oral. St. Paul also remarks in 2 Thessalonians 2:15: So then, brothers and sisters, stand firm and hold fast to the teachings we passed on to you, whether by word of mouth or by letter. One of the great sources of Tradition is the liturgy and sacraments. Below is an interview with an Orthodox priest, Fr. Vasilios Koutsouras, from Greece about the antiquity of the Roman liturgy. Notes are added to explain some terms used by Father Koutsouras in the interview.

We know that the most solemn interventions of God among men are sometimes preceded by the angels that He sends. This is how we see it in Sacred Scripture: for example, Isaiah in his vocation (Is 6); to Zacharias in the announcement of John (Lk 1,11), to Mary in the announcement of Jesus (Lk 1,26), in the dream of Saint Joseph (Mt 1,20), to the shepherds at night announcing Jesus to them newborn (Lk 2,9), before the flight to Egypt (Mt 2,13), etc. This is how God also wanted the apparitions of the Virgin at Fatima to be preceded by three apparitions of an Angel of Peace. Sister Lucia in Memoria IV (1941), who wrote about the apparitions of the Virgin in Fatima, also refers to the apparitions that an Angel had before them (cf. Memórias da Irmâ Lúcia - Memoirs of Sister Lucia, Secretariado dos Pastorinhos , Fatima 2000, 8th ed. And 2003, 7th ed. Respectively).

Angels, Monks, & Fatima Part I: The three enemies of the Kingdom of God in men

The Gospels frequently point to "the devil, the world and the flesh" as the resistances that make it difficult for man to receive the Kingdom of God. In the parable of the sower, Jesus explains that "the devil, the world and the flesh" can prevent the sowing from taking root and growing in man (Mt 13,1-23). And the first monks, in the fourth century, were well aware that of the three enemies of the Kingdom the most powerful is the devil, "prince" and "god" of this world (Jn 12,31; 2Cor 4,4; + Catechism 2851), the first to achieve sin in Adam and Eve, disobedience to God. That is why the monks had the good angels in their fight as their main helpers.

The Demon, Pride, the Counter-Church

Recently in considering the Martyrs of Paris of 1873 and their hate of Christ and His Church, there was recalled the famous talk of Pope Paul VI in assessing signs of the Evil One. They are: where the denial of God becomes radical, subtle and absurd; where lies become powerful and hypocritical in the face of evident truth; where love is smothered by cold, cruel selfishness; where Christ's name is attacked with conscious, rebellious hatred, where the spirit of the Gospel is watered down and rejected where despair is affirmed as the last word.

Pro-Abortion Catholic Politicians, the Eucharist, and the Bishops

The U.S. bishops’ Conference voted 168-55 to draft a formal statement on receiving the Eucharist. Involved in this is Canon 915 of the Code of Canon Law: It forbids the administration of Holy Communion to those upon whom the penalty of excommunication or interdict has been imposed or declared or who obstinately persist in manifest grave sin. Catholic politicians have a serious obligation to protect human life and not cooperate either materially or formally with the taking of innocent human life in the womb. To materially or formally cooperate with abortion is grave sin.

What is the Will of God?

We often hear about the will of God and we pray in the Our-Father that God’s will be done on earth as it is in heaven. St. Cyprian tells us what that means in his reflection on the Our-Father:

This is not that God should do what he wills, but so that we may be able to do what God wills. For who could resist God in such a way as to prevent him doing what he wills? But since the devil hinders us from obeying, by thought and by deed, God’s will in all things, we pray and ask that God’s will may be done in us.

A Recent Attack Against Catholics in Paris: Why Do They Hate?

The Archbishop of Paris lamented an attack on Catholics taking part in a procession commemorating the city’s 19th-century martyrs. Archbishop Michel Aupetit deplored May 30 the “anger, contempt and violence” directed at the group of around 300 Catholics, including children and elderly people, taking part in the “March of the Martyrs.” “Last night, here, there was a demonstration of anger, contempt, and violence.” The archbishop was speaking at a Mass marking the 150th anniversary of the Catholic martyrs of the Paris Commune at the Church of Notre-Dame-des-Otages, built in honor of hostages killed on May 26, 1871.

Ashamed of the Son of Man?

They who want to win the world for Christ must have the courage to come into conflict with it. – Blessed Titus Brandsma O.Carm, Martyr

Hearing (Mark 8:34ff) the following hard words of Jesus hit home: For whoever is ashamed of me and of my words in this adulterous and sinful generation, of him will the Son of Man also be ashamed, when he comes in the glory of his Father with the holy angels.